Since 1977, IHMP has implemented maternal and neonatal health care through Dais, primary health care, prevention of malnutrition in children, rural sanitation and water supply for preventing waterborne diseases, school health and Bal-Panchayats, reproductive and sexual health, HIV prevention, care and support, and adolescent health care. Please have a look at the timeline to see our journey in public health over the last 40 years in the rural setting. Please click on a particular year to see the related work. 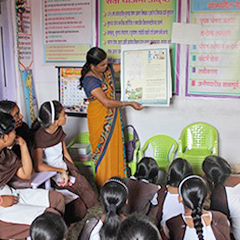 2015: IHMP is scaling up an integrated "Adolescent Reproductive and Sexual Health" (ARSH) project in 53 villages of Jalna district, which will eventually be scaled up in all the villages of the district. 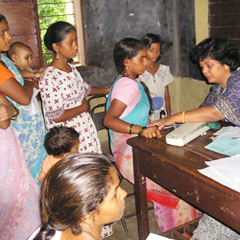 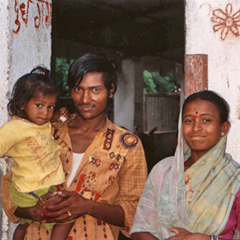 2010 – 2012: IHMP scaled-up the project for married adolescent girls to delay age at first birth and avert the adverse consequences of early motherhood through the Government infrastructure in 196 villages in one block. 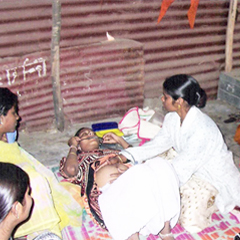 2008 – IHMP undertook a collaborative study with the Institute of Development Studies, Sussex, Brighton University, UK, in three states of India, on social norms, communication processes and institutional inputs for promoting sanitation and its impact on defecation behaviour, latrine use, quality of water and diarrheal diseases.
2008 – 2011: IHMP designed health systems for Municipal Corporations and NGOs to provide maternal and neonatal services in the slums of 7 cities in Maharashtra, and undertook the capacity building of these NGOs.
2008 – 2011: IHMP scaled-up the project for married adolescent girls to delay age at first birth and avert the adverse consequences of early motherhood in 5 districts of Maharashtra. The project was evaluated by external evaluators and the findings were published in The Lancet. 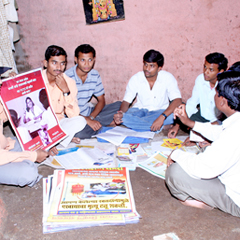 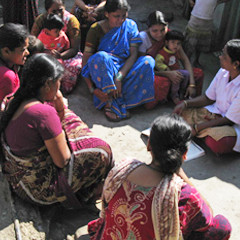 2003 – 2011: IHMP implemented a pilot programme for married adolescent girls aimed at delaying age at first birth and averting the adverse consequences of early motherhood. IHMP successfully demonstrated a delay in first birth, significant increase in contraceptive use, huge reduction in maternal and neonatal morbidity, and a significant reduction in low birth weight babies.

1999 – 2006: IHMP implemented a Life Skills Education project for unmarried adolescent girls for their holistic development. The other objectives were to provide them with basic health needs, and increase the average age at marriage. 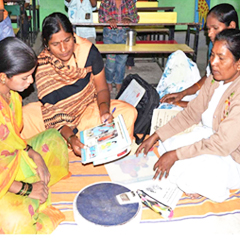 1997: The Directorate of Health Services, Government of Maharashtra commissioned IHMP to develop a district level Information, Education and Communication (IEC) strategy and a training curriculum for trainers and district IEC officers from 29 districts of Maharashtra. 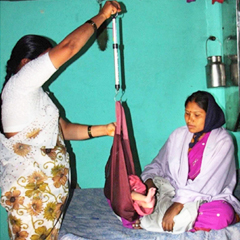 1996: IHMP prepared the project proposal and perspective plan on Women and Child Development for the State of Maharashtra as an assignment for the World Bank. 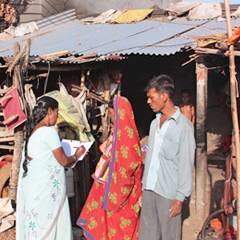 1994 – 1998: IHMP worked with a population of 20,000 to provide relief, health and education services,and counseling to individuals suffering from post-disaster stress as a result of the earthquake in Latur district of Maharashtra in which over 10,000 people died and 30,000 were injured. IHMP reconstructed an entire village and rehabilitated 110 families. 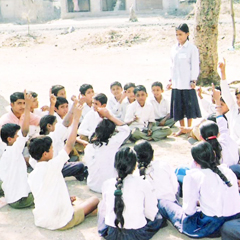 1987 – 2004: IHMP implemented a program to ensure the availability of potable drinking water in 400 villages in two drought prone districts of Maharashtra. Water availability increased by 300,000 liters per day.
1987 – 2004: IHMP conceptualized and implemented its child-centered development program, Bal Panchayat, which capitalizes the spirit of children in undertaking voluntary action. This child to child, child to community strategy for behavior change was replicated by over 700 NGOs in India. It was adopted by Plan International as their national strategy in India, following which IHMP trained all their NGO partners. 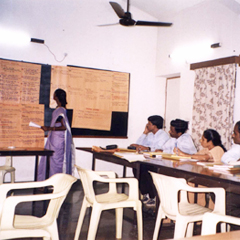 1986: IHMP established a training centre in 1986. To date, IHMP has trained over 8,000 health functionaries from the NGO sector, from various states of India, from countries associated with the South Asian Association for Regional Cooperation (SAARC), and from several African countries. 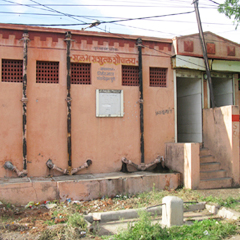 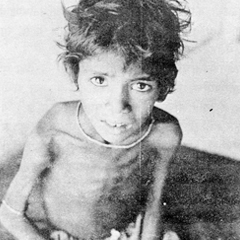 1977 – 1982: IHMP was the first organization in the country to implement a program on maternal and neonatal health through Dais (traditional birth attendants). IHMP’s studies on traditional practices during pregnancy and child birth were documented by the World Health Organization.